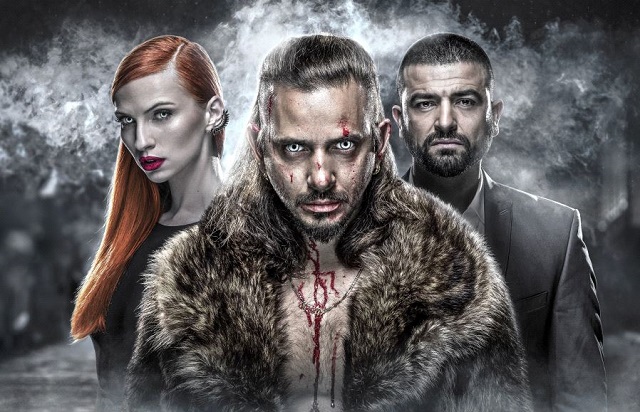 Crosses are a staple element of vampire lore. Over the years, some comedic films have played with the idea of non-Christian vampires, like Jewish vampires who are repelled by the Star of David and other such gimmicks. But a new Israeli television series about a Jewish vampire, Juda, has created a whole new mythology around the concept.

Juda, after winning an impressive amount of money from a Lebanese man (whom he told he was from Italy), is visited by the vampire. She sinks her fangs into him and takes off with the cash, but is horrified by the taste of his Jewish blood. Romanian vampires, it turns out, are not allowed to bite Jews, and she has brought shame and misfortune to her family (plus, she was apparently supposed to be able to smell his Jewish blood before biting).

Juda, meanwhile, is on his way back to Israel, without the money and with a developing desire to consume blood. Jewish vampires, it seems, take eight days to reach their full potential (there’s plenty more heavy-handed symbolism where that came from). And those eight days will not pass by quietly, as he is pursued by criminals, the police, the Romanian vampire family and, of course, rabbis.

I’m not sure how to go about watching Israeli television here in the states, but it sounds like this could be a fun series. According to reviews, the show doesn’t take itself too seriously and incorporates both horror and comedy elements. Juda premiered last week on the Israeli HOT3 television network.